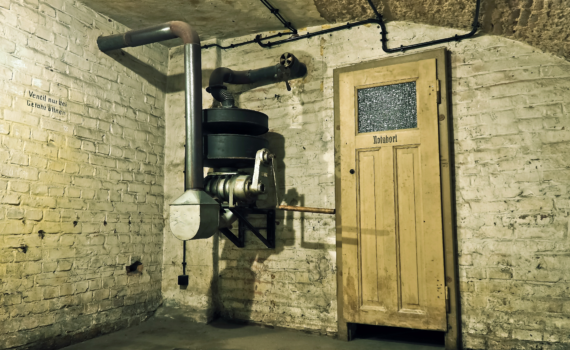 The US ranks at the top in the number of a tornado it faces each year. In US 2021, it faced about 1376 tornadoes, which was more than the previous year, with 1075 tornadoes. The government approves using either safe rooms or storm shelters to protect you from tornadoes and to keep yourself safe.

Just as rain and any other weather phenomenon require different environmental conditions, tornadoes are not that different. They occur during thunderstorms which have the desired pressure for them to form. After the tornado has passed, heavy rain can occur, becoming a problem for underground storm shelters.

As they are built below ground level, heavy rain can cause flooding, making them unusable. On the other hand, safe rooms built above ground use reinforced steel to form them, which gives them an advantage over underground shelters.

Safe rooms have to be made with reinforced steel as they have to handle the full force of the 300 mph tunneling tornado winds and flying debris. When getting a safe room, consider checking its FEMA approval.

Underground Shelters Can Get Buried Under Rubble

Tornadoes deal a lot of damage to buildings and can completely alter the landscape from wherever they pass. It can leave the building in a sorry state and turn them into rubble. The underground shelter can be a disadvantage as they can get buried under the debris and rubble right after the tornado has passed. You can get trapped inside, leaving you to wait for rescuers to save you.

Safe rooms being above ground have less chance of getting buried by rubble. They are also prominent compared to the underground shelter, which may take a short time for rescuers to be able to find you.

We offer our services in different areas of Oklahoma, including Norman, Moore, Tulsa, Oklahoma City, and Edmond. Contact us today to have your safe room installed by our team of experts.