The Deadliest Tornadoes in History to Have Struck Oklahoma

According to the records maintained by the National Oceanic and Atmospheric Administration, 171 tornadoes have occurred in Oklahoma City between 1890 and 2019. These have been of varying magnitudes, with the most severe ones resulting in an alarmingly high death toll and a lot of destruction. The Oklahoma Metropolitan Area and its suburb Moore seem to have an unfortunate tornado history, especially in the new millennium.

Here’s a look at some of the most dangerous tornadoes to have occurred in Oklahoma City and surrounding areas in recent years.

Oklahoma residents started the new millennium, still recovering from the aftermath of the tornado that hit the city a few months before New Year’s Eve. The May 3rd 1999 tornado is considered to be one of the most unfortunate tornadoes to have struck the city, killing 36 people. At least 1800 homes were destroyed on this day, with another 2500 damaged and disrupted.

Barely a year after the deadly tornado of 1999, Oklahoma was struck once again by an F1 tornado. The storm didn’t kill or injure any residents, but it did cause minor structural destruction and damage. Offices, homes, and businesses all suffered instances of minor property damage such as air conditioning units being destroyed and roofs being uprooted.

May 2003 brought in more destruction. The F/EF3+ tornado hit the metropolitan area for two consecutive days, damaging land and properties. Thankfully, no lives were lost because of this spell of tornadoes.

This tornado was the second biggest outbreak to have been recorded in the state. On May 10th, 56 tornadoes occurred in Oklahoma. According to specialists, at least one tornado was occurring every minute during the 2 ½ hour spell. These tornadoes ranged from EF1 to EF3 and EF4. 49 people were injured because of these tornadoes, while two individuals lost their lives during the unfortunate events.

This is considered to be one of the worst tornadoes to have struck Oklahoma City, killing 24 people, including kids. The storm struck the south as well as the suburbs of the city, destroying neighborhoods as well as two schools.  The EF5 tornado also caused 212 injuries. 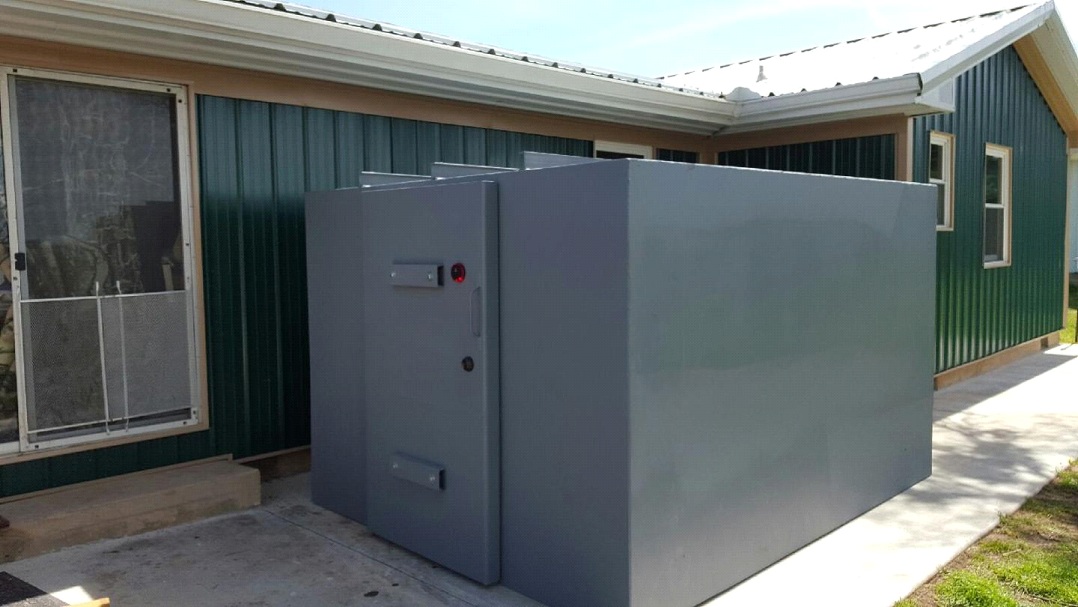 Oklahoma residents have witnessed a series of unfortunate tornadoes. This has prompted the need for storm shelters in the city to protect lives in case of future natural disasters such as the ones mentioned above.

Oklahoma Shelters provides a range of community shelters and safe houses for Oklahoman’s. We’ve been installing steel and concrete storm shelters in the city for 7 years. We are Channel 4’s Storm Shelter Expert. We provide installations for residential and commercial properties, FEMA, Salvation Army, Red Cross, The Indian Nations, and more. Reach out to our storm shelter expert OKC today for more details!